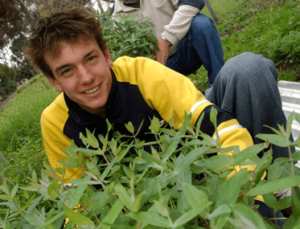 The future is clouded for young people who are not in employment, education or training (NEET). Their options are narrowing quickly. (See a recent VDC newsletter article, 1 in 8 Young Australians are ‘NEET’, for more).

PwC’s Young Workers Index offers international benchmarks on preparing young people for work. Australia is slipping in the rankings. This is not just an Australian problem. It applies to all developed economies. Population ageing, and securing the life chances of young people, mean it is critical for policymakers and education providers to ensure young Australians are ready for the labour market we have, not the one we used to have. A recent article in The Guardian (The UK rise in Neets) examines why rising NEET rates among young people causes alarm.

Late October saw the release of PwC’s second Young Workers Index, titled Empowering a new generation (58 pages) – the first iteration of the Index was in 2007. The Index offers us an opportunity to benchmark Australia’s performance in securing the future of young Australians against the performance of 34 other OECD nations – the world’s wealthiest economies. The news is mixed.
On releasing the Index in Australia, PwC’s media release observed that:

European countries dominated the rankings with Switzerland, Germany and Austria topping the Index, followed by Iceland, Norway and Denmark.
Overall Australia finished as a ‘high performer’ and was in the top third at 11th place, but Australia has dropped from a high of 7th place ten years ago.

The Index suggests that if Australia reduced its NEET rate to the same level as Germany (number 2 in the ranking) the value to the national economy would be $13billion. The Index also reveals a number of areas in which Australia’s performance scores a pass grade: