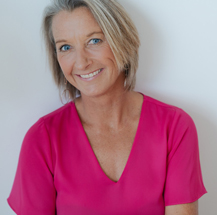 Layne is regarded as the most successful female surfer in history. Her dedication to success sees her as the only surfer, male or female, to claim six consecutive world titles between 1998 and 2003. Layne went on to win a 7th world title in 2006 before retiring from the World Tour in 2008.

Current Work: Her genuine leadership style blazed a trail for equality at the beach, on the waves and in the boardroom. She shares her stories and powerful authentic voice in the recently released documentary Girls Can’t Surf, highlighting the chauvinistic and sexist culture of the surfing world in the 80’s and 90’s and how she was able to overcome these challenges to influence and celebrate pay equity in 2018.

Not only has she conquered the world of surfing, but also mentored the Australian Olympic team at the London Olympic Games, holds 3 Guinness Book of World Records, is Chair of Surfing Australia and holds an Officer of the Order of Australia.

Her new venture Awake Academy, is a centre for self-empowerment, designed to help people detach from fear, take control and design a life they love. 40 years of life lessons from a World Champion, distilled into a self-paced 7 round on-line course, empowering people to find their edge and fulfil their potential.

She has overcome two bouts of chronic fatigue, depression, life threatening injuries, self-sabotage and self-doubt. No-one sees the struggle, they just see the outcome and think it was easy. Layne firmly believes our fears and limitations are a hot spot for growth and opportunity.

A highly sought-after motivational keynote speaker, mentor and facilitator, Layne specialises in awakening and aligning people with their truth as a self-proclaimed Honesty Barometer. She has endured her fair share of challenges, failures and trauma, and attributes these to the character she is today; resilient, compassionate, honest and fun.

She loves Rosé, surfs every day and her biggest weakness are hot chips.