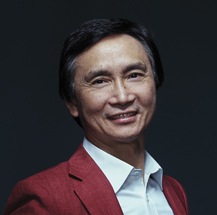 Li Cunxin’s journey is simply remarkable. He was born into utter poverty in Mao’s Communist China, at a very young age he was selected to train at Madame Mao’s Beijing Dance Academy. So began Li’s journey. The 7 years of harsh training regime at the Beijing Dance Academy taught him discipline, resilience, determination and perseverance. Li’s astounding drive and relentless work made him one of the best dancers in the world.

Li then made a successful career transition from ballet into finance. He was a senior manager at one of the largest stockbroking firms in Australia. He was named 2009 Australian Father of the Year. Li was Queensland Australian of the Year in 2014 and received the Asia Society’s Game Changer Award in 2015. Recently, he was awarded the Queen’s AO Honour for his distinguished service and contribution to Arts and Ballet. Li is the Artistic Director of Queensland Ballet.

The inspirational story of Li’s life is recounted in his memoir Mao’s Last Dancer, which quickly rose to number one on the Australian bestseller list and won the Book of the Year Award in Australia and received the Christopher Award for literature in the USA. It went on to become an international bestseller. It’s in the 57th reprint. Mao’s Last Dancer is also a blockbuster film.

Li’s story is a living example of overcoming adversity and achieving excellence in life.