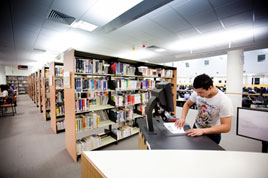 Pathway programs are now a key element in Australia’s attempts to improve access to undergraduate studies for disadvantaged students. A recent report examines the effectiveness of sub-bachelor pathways and enabling programs. The 2014-15 Budget, the Commonwealth government proposed to uncap sub-bachelor programs and provide Commonwealth Supported Places (CSPs) for students enrolled in them. The proposed changes didn’t make it through the Parliament but were raised again in May 2016 through the Commonwealth’s discussion paper, Driving innovation, fairness and excellence in Australian higher education. Submissions on the discussion paper closed in late July 2016.

A primary impetus for opening up access to sub-bachelor programs is more equitable access to bachelor programs for students from groups underrepresented in higher education, including those from low SES backgrounds, from regional and remote Australia, and Indigenous students. In addition to being underrepresented, students from these groups who do enrol withdraw from bachelor level studies at a higher rate. The notion is that sub-bachelor programs (diplomas, advanced diplomas, and associate degrees) provide a strong pathway to university study because the preparation they receive materially improves the likelihood they will succeed at the higher AQF level.

The National Centre for Student Equity in Higher Education (NCSEHE), based at Curtin University, tests the pathway benefits in a recent report Pathways to higher education: The efficacy of enabling and sub-bachelor pathways for disadvantaged students . The research report compares the performance of students whose pathway was from a VET-delivered sub-bachelor program with those students whose pathway was from an enabling program.

It helps to be clear about what an enabling program is. They can take many forms, but broadly speaking they are:

The report suggests VET pathway programs and enabling programs serve different cohorts of students and that they are complementary. It seems we need both kinds of program rather than one or the other.  The report’s conclusion notes:

A key finding from the national survey was confirmation that for a significant majority (66.2%) of those transitioning via a VET qualification, university studies was a secondary motivation for enrolling in VET. Consequently, VET pathway students (particularly those from disadvantaged backgrounds) may be less prepared and require further support than many other students.

This means the motivation for enrolling in a VET sub-degree program was much more about seeking ‘vocational skills or access to a specific vocation’. Consequently, these students may not be well prepared for degree level study when a pathway comes along at the end of the sub-degree program and they decide to take it. Given those perspectives, it isn’t surprising that the research found:

Overall, students articulating via an enabling program expressed greater satisfaction with their experience in comparison with those using a VET pathway. This sentiment was more strongly expressed when participants were asked to consider how well the pathway had prepared them for university studies and whether or not it gave them the confidence to pursue, and a feeling of belonging in, these studies.

Another set of findings revealed that:

In regard to the aspects they found most helpful and useful in their chosen programs, both cohorts of students valued academic writing skills, time management/organisational skills and generally being prepared to handle academic study at university level. Both cohorts of students suggested their pathways made them feel more confident and, at times, inspired. Points of difference included ‘practical experience’, ‘certification/qualification’ and ‘passion for learning’ which enabling students did not mention but were significant characteristics in VET students’ responses.