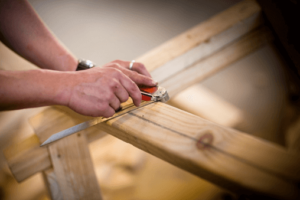 The Chamber’s proposals include system redesign, changes to VET for school students and a national careers advice service. On 23 November, the NSW Business Chamber launched a report proposing substantial reforms. Laying the foundations for apprenticeship reform (56 pages) is intended as input to the NSW Government’s Review of the Apprenticeship and Traineeship System.

First, redesign the system so that it works best for its primary users (employers, apprentices and those considering an apprenticeship). As Noonan puts it in direct terms:

The apprenticeship system has evolved to incorporate a range of service delivery organisations and government agencies. It has become increasingly inefficient and overly complex.

Fourth, increase focus on the ‘front end’ of apprenticeships, because that’s where most apprentices are lost.

Fifth, promote the benefits of apprenticeships through a sustained, industry-led public awareness campaign to promote apprenticeships and the career outcomes they can achieve.

Noonan also supports the implementation of a ‘National Careers Advice Service to ensure that all young people are provided with independent and authoritative advice on senior secondary and post school study and careers options.’

The challenge for apprenticeships is growth, not decline

There’s also a caution in Laying the foundations for apprenticeship reform. Noonan counters the doomsayers who suggest apprenticeships are in steep decline. Part of the problem here is that we tend to look at apprenticeship and traineeship commencements as one number. It’s wiser to disaggregate them. As Noonan writes, there has been a

… significant increase in apprenticeships in the period from March 2009 to December 2010, during and in the aftermath of the Global Financial Crisis – a period when overall employment growth fell.

The facts don’t support the decline scenario for apprenticeships as Noonan makes clear:

While apprenticeship commencements have dropped off from this peak, they have now recovered slightly and stabilised in the first quarter of 2016, slightly above commencement levels in 2005. The major decline has been in traineeships in non-trade occupations.