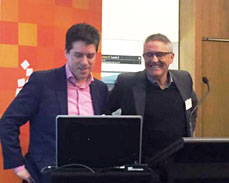 It has been an exciting fortnight at the VDC, commencing with the General Manager of Football Operations at the Hawthorn Football Club, Mr Chris Fagan, being guest presenter at the inaugural VDC Business Breakfast held at the MCG on 3 August 2016. The topic for the breakfast was traits for inspiring leadership in business, based on the coaches trademark in place for the coaching staff at the Hawthorn Football Club.

The event received exceptionally positive feedback from participants, with over 25 organisations being represented at the function. The event manager at the MCG told the VDC that they had rarely seen a breakfast audience so engaged in a presentation. In light of this success, another business breakfast is planned for March 2017. For those that do not follow AFL, Hawthorn has competed in the last four AFL grand finals, winning three consecutive premierships, and is currently ‘keeping a lid on it’ – as always – with a slim hold on top spot on the ladder as we head towards this year’s finals series. 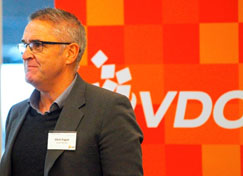 On Monday 8 August the VDC commenced the “http://vdc.edu.au/professional-development/, providing an insight into mBIT. The Program is based on neuroscience which reveals that we have complex and functional neural networks – or ‘brains’- in our heart and stomachs. There are obvious and immediate applications of mBIT to organisational decision making, talent development, relationship building, coaching, and the full range of people skills.

Another workshop is planned in Melbourne for mid-October and Leading the Emotionally Intelligent Workplace commencing in November. To register your interest please contact [email protected] or M: 0400 201 595.

Finally, I look forward to meeting you at our Teaching & Learning Conference in early September. 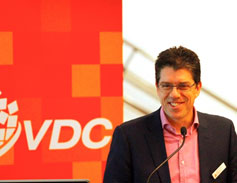