VDC is delighted to once again support the Victorian Training Awards through our sponsorship of the Teacher / Trainer of the Year in the Awards’ 65th Anniversary year.

The Awards have a long and proud tradition of promoting excellence across Victoria’s TAFE and Training sector. Growing from Apprenticeship Week in the 1950s which presented Awards for Craftsmanship, the Awards are today recognised as the premier event on the state’s training calendar, showcasing our leading employers, apprentices and trainees, students and training organisations.

This year’s awards promise to be bigger and better than ever – already, a record number of nominations have been received and the stories that will be told at the awards ceremony ensure a night to remember.

Last year’s winner of Teacher/Trainer of the Year, also sponsored by VDC, was Wendy Lever-Henderson, a senior education who is passionate about developing and expanding community services. Through Wendy’s work and Award win, she aims to inspire her students to have a positive impact on other people’s lives.

This year’s winners will be announced at a gala ceremony at Crown Palladium on Friday 6 September. Tickets may be purchased here. 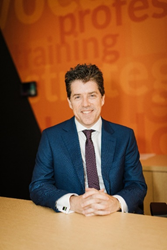