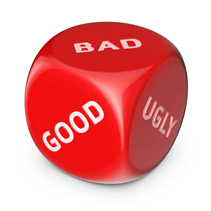 Late last year the Commonwealth Department of Employment released a study into work-integrated learning, work placements, internships or work experience. The study looked closely at the benefits and pitfalls of unpaid work experience (UWE). Also it covered VET and university students, and those who undertake UWE as an income support requirement or for other reasons.

On the upside, VET students had the highest level of satisfaction with their UWE episodes – 79 per cent, compared with 74 per cent for university students. Also good news is that 36 per cent of VET students secured a paid job with their UWE host employer after their work placements. UWE has clear benefits for students and employers.

Uneven quality of, and access to, placements is troubling

Despite the benefits, there are pitfalls to UWE. Two of the most prominent are the quality of work placements, and who gets access to them.

On the matter of quality, the report notes that:

The Australian Skills Quality Authority (ASQA) has expressed concerns about the quality of some placement arrangements, such as in early childhood education, but the regulator does not play a role in directly auditing placements.

The question is what role VET providers should play (if any) in specifying and monitoring UWE quality benchmarks, whether or not a UWE episode is required by qualification rules.

The second pitfall is access. UWE is more commonly undertaken by students from high socioeconomic backgrounds. There is also a stark difference in access for those living in capital cities and those living in the bush – 36 per cent of city dwellers undertake UWE compared to 24 per cent who do not live in a city or town. This pitfall is further described in an article by the researchers that appeared on The Conversation website in mid-January.

The costs of working for no pay

It’s important to recognise the costs associated with UWE, such as cutting back paid work hours to fit in the UWE episode, having living expenses covered by family or friends, living away from home, long travel times. Given these additional costs it’s perhaps unsurprising that students from lower socioeconomic groups, and those in regional areas, are unable to access UWE to the same extent as those from wealthier backgrounds and city home bases.